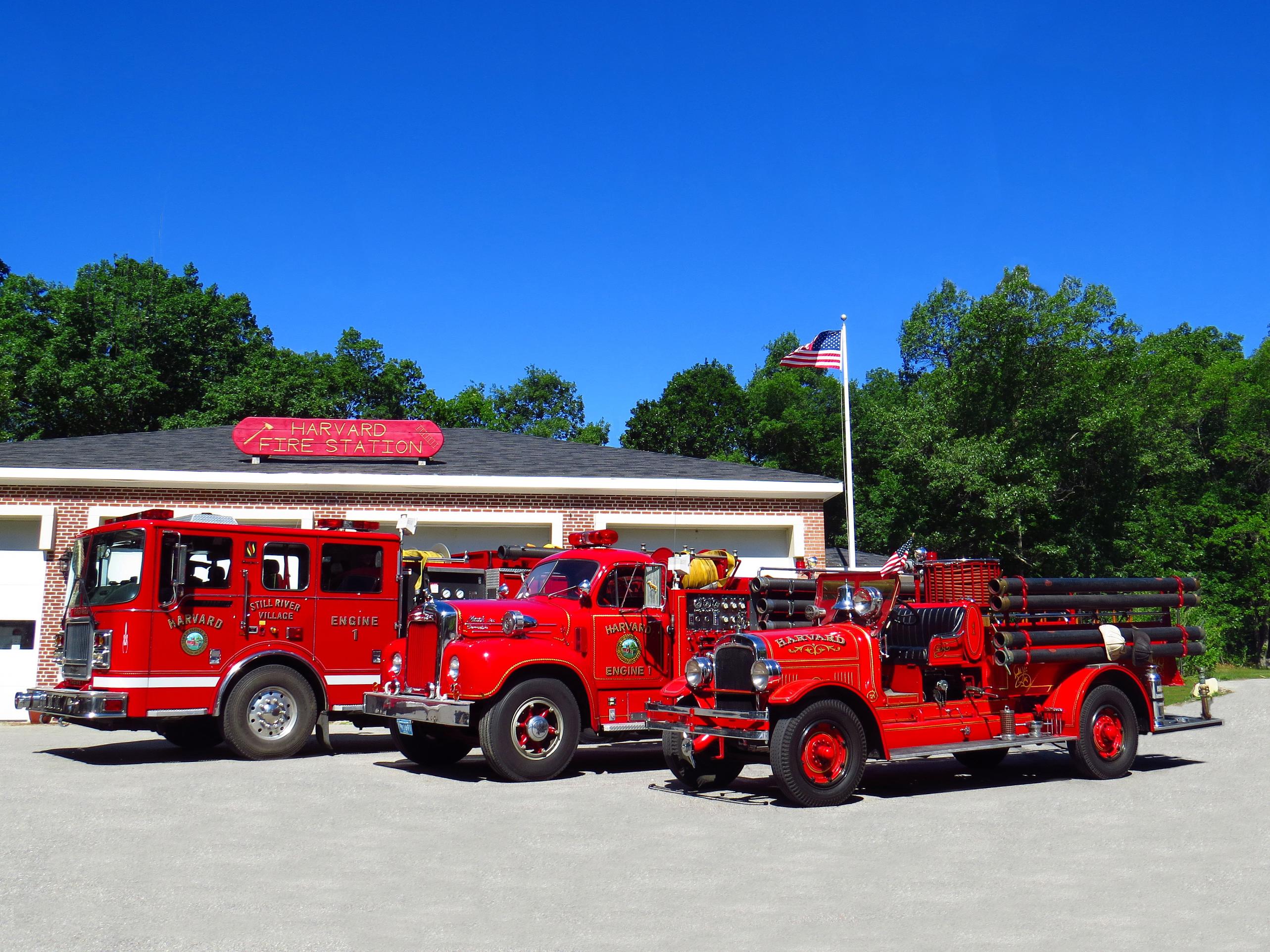 The Harvard Fire Department – Past & Present

Harvard began as a farming community in 1658 and was incorporated as a town in 1732. In those early years — and for nearly 200 years after the town was established — local townsfolk voluntarily and informally came together to form bucket brigades when Harvard homes, barns, churches and businesses caught fire. Not surprisingly, most fires were devastating affairs. Without adequate firefighting equipment and readily accessible water supplies, citizens could only watch as fires spread to any nearby structures. 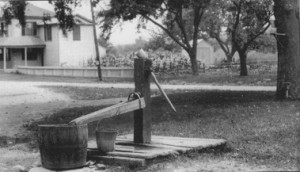 In 1875, the town voted to purchase a large supply of force pumps, which residents could obtain from the town at half price. In return, the pumps remained property of the town, and residents were required to maintain them in working order, always ready for use in the event of a fire. A few years later, the town authorized $386 for the purchase of two carriages with buckets, fire hooks, ropes, ladders, axes and other firefighting tools. Some of the equipment was stored in Still River and the rest at the Harvard Town Hall. In 1879, a large fire destroyed the Wetherbee Inn on Fairbanks Street and another house nearby, re-enforcing concerns that Harvard still did not have the ability to control structure fires, even in the center of town. The lack of a convenient water supply convinced residents to purchase chemical extinguishers to be stored in both Still River and the Town Hall. In March 1914, a warrant article asked for money to repair the back part of Town Hall, the room housing the fire equipment, which by then included a 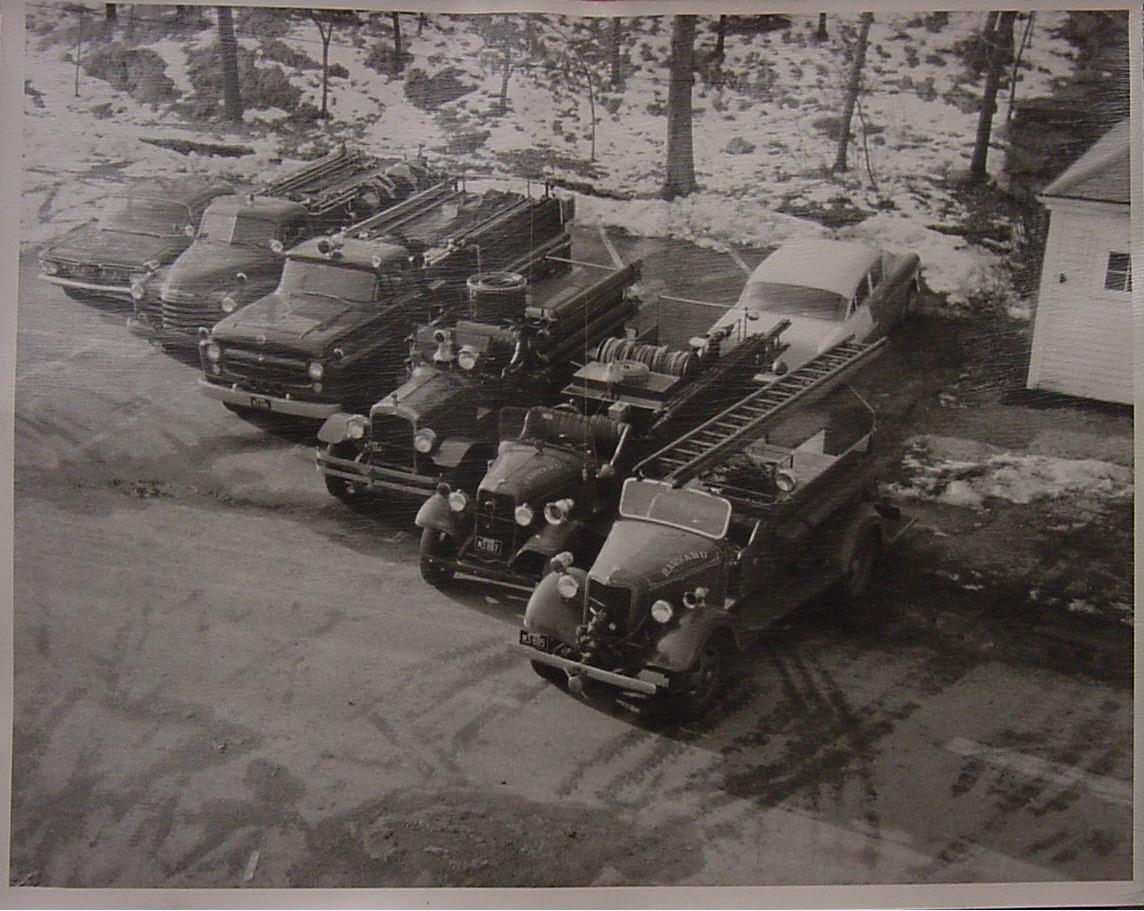 forest-fire engine purchased in 1912. That fall, the town purchased privately owned horse sheds west of Town Hall, and the sheds were converted to hold the fire equipment and other town maintenance equipment. A few years later, the town bought motorized fire engines to replace the horse-drawn engines, and in 1920 Harvard purchased its first motorized pumper truck. With the increase in equipment for both road maintenance and firefighting use, the horse sheds soon proved to be inadequate storage. In 1921, a Town Meeting unanimously approved $6,000 for a fire station to be built on the site of some of the old horse sheds, just west of Town Hall. On March 9th, 1921, the Harvard Fire Department was established to protect the citizens and property of the town. In 1948, another station was built in Still River at a cost of $3,600. In 1976, a new fire station was constructed up the hill and further to the west of Town Hall, where it still stands today as the fire department’s main Center Station. 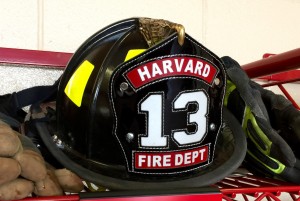 Currently, the Harvard Fire Department consists of a full-time Chief and approximately 30 call volunteer members, most accredited by the Massachusetts Firefighting Academy as Pro Board-certified firefighters (Firefighter I & II), Hazardous Material Operations Level Responders and FEMA-certified in the National Incident Management System. Many members are also Emergency Medical Technicians (EMTs). But the spirit and tradition of “neighbors helping neighbors” from Harvard’s earliest days still persists in the volunteers who answer today’s fire calls. Responding to more than 300 calls for help per year, the Harvard Fire Department is committed to serving and protecting the Harvard community.